Update from the SMIRES COST project

A EU-wide citizen science network initiative was launched in April 2019 by the SMIRES COST project (Studying Intermittent Rivers and Ephemeral Streams, https://www.smires.eu) to fill gaps in our knowledge of the dynamics of intermittent streams. The freely available CrowdWater app was selected for collecting observations of flow states (https://crowdwater.ch/en/welcome-to-crowdwater/). The goal was to collect datasets (i) to identify IRES at the European scale and (ii) to investigate the dynamics of flow intermittence by repeating field observations along an IRES at least once each month, and if possible at multiple locations along the same stream. The citizen science network has collected, in eight months, more than 3500 observations in ~500 river reaches across 15 countries. This study provides evidence of the high spatial variability even for close locations. More details about this citizen science effort will be presented during the HS2.1.8 session « Zero flow: hydrology and biogeochemistry of intermittent and ephemeral streams » of the EGU General Assembly 2020 (https://meetingorganizer.copernicus.org/EGU2020/session/35504). 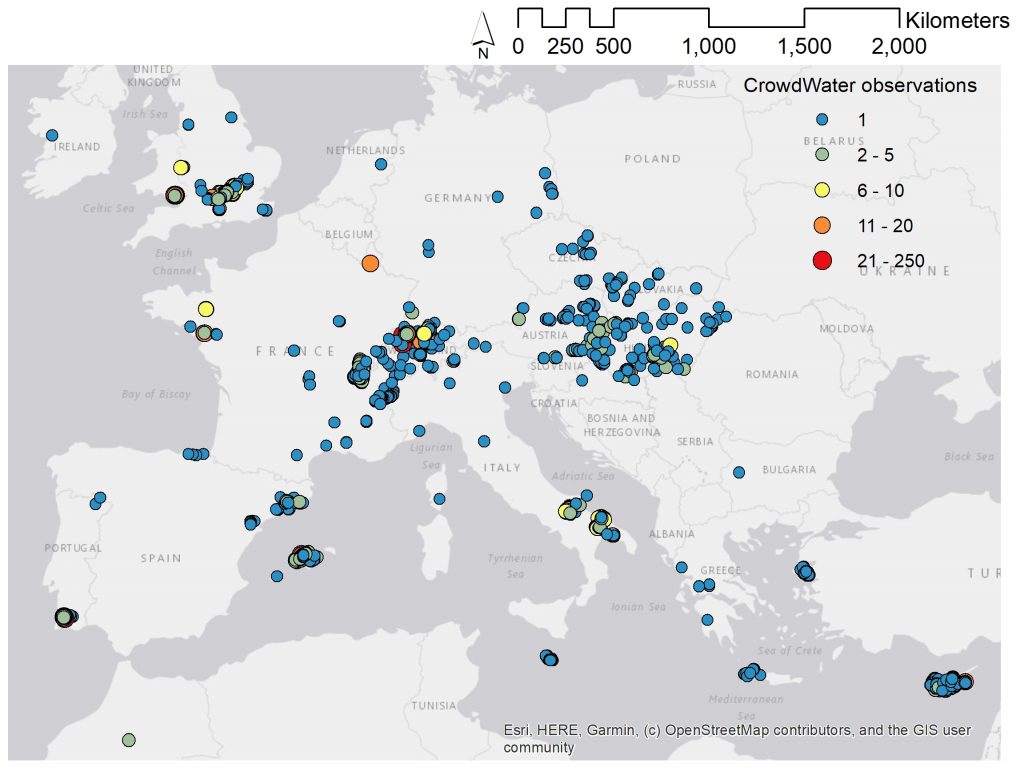 Intermittent stream spots in Europe collected within the SMIRES initiative.